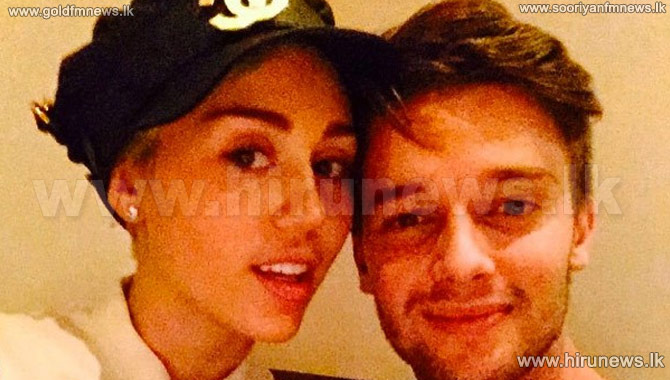 Miley Cyrus has NOT been dumped by Patrick Schwarzenegger.

In fact, Miley and her boyfriend of four months are going very strong, thank you very much!

The handsome son of Arnold Schwarzenegger and Maria Shriver posted a selfie with on Valentine's Day this weekend and wrote as a simple and sweet caption:

"Luckiest guy in the world."

The stars began dating in November 2014... and have been pretty much inseparable ever since. In January, Cyrus even went topless on the beach in Maui while vacationing with her new beau.

They also made out on New Year's Eve.

A week ago, Schwarzenegger and Cyrus - who is Miley's first serious boyfriend since she ended her engagement to actor Liam Hemsworth - attended a Grammy Awards party together.

Onlookers said they could not atop smiling at each other.