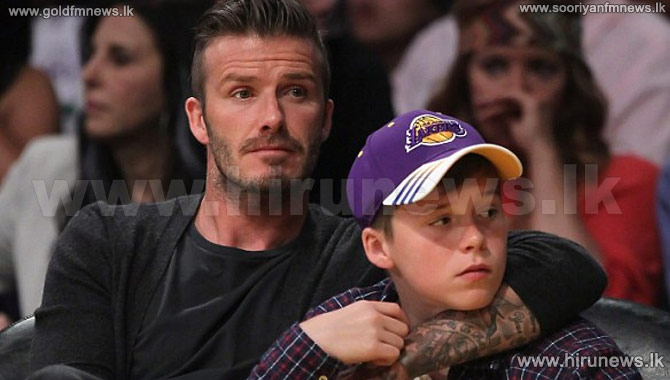 While most kids would love to have David Beckham as their cool dad, it turns out the footballer's eldest son, Brooklyn Beckham, is actually embarrassed of him.

Beckham revealed that the 15-year-old model makes him drop him off round corner from school so as not to be spotted by classmates, but he still gives his son a kiss, Manchester Evening News reported.

Beckham, who also admitted that his son was likely to celebrate his upcoming 16th birthday with his friends separately, added that once as he was walking in to school, the footie ace wound down the window and shouted "I love you" to him.

Beckham, who launched a new fund called 7 for humanitarian charity Unicef yesterday, also said he would not shield his 4 kids from issues going on in the world as they would "want to know what's going on".

The project aims to raise funds and campaign for change in seven countries: Burkina Faso, El Salvador, Papua New Guinea, Swaziland, Djibouti, Serbia and Bangladesh, and marks Beckham's 10 years as a goodwill ambassador for the charity.