Kim Kardashian West desperate to be 'edgy and cool' 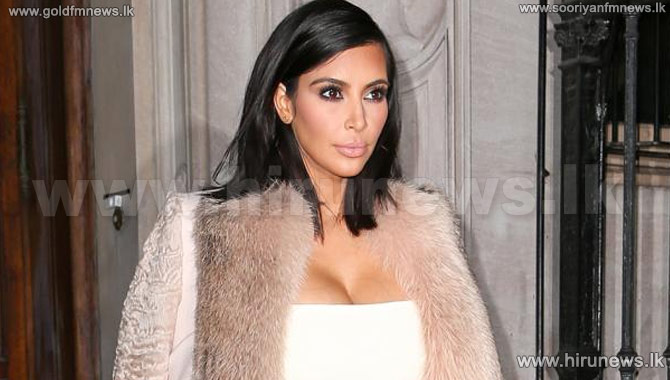 The socialite has participated in an increasing number of photoshoots in the past year with some saying she is trying to distance herself from her family's reality show 'Keeping Up With the Kardashians', although Kim says she still enjoys filming the show but wants to explore fashion in a bid to be more "edgy".

She explained: "I'm not purposely trying to do it to get out of reality-TV world. I'm doing it because I think it will be really fun, like edgy and cool. I love fashion and it's something I want to be a part of. But I still really love and respect what I do on my show. We're going into our 10th season and we've been on air longer than many classic shows. We've had more episodes than 'I Love Lucy'!"

As well as fashion shoots, the 34-year-old stunner - who has 20-month-old daughter North West with husband Kanye West - has "broken the internet" with naked photos for Paper Magazine and is always on the look out for a new photographer who can reinterpret her character in their pictures.

She said: "I love it when someone takes over the shoot and gives you their vision of how they see you."

Not only is she eager to try out new looks, she added the weirder the ideas, the more keen she is to take part.

When asked if she'd do a "really weird" shoot, she told LOVE Magazine: "Yes, if they want to put me in a different character or role, I'd never wear it out to dinner or on the street, but why not do it for a shoot? I'm open to everything." (Sunday World)