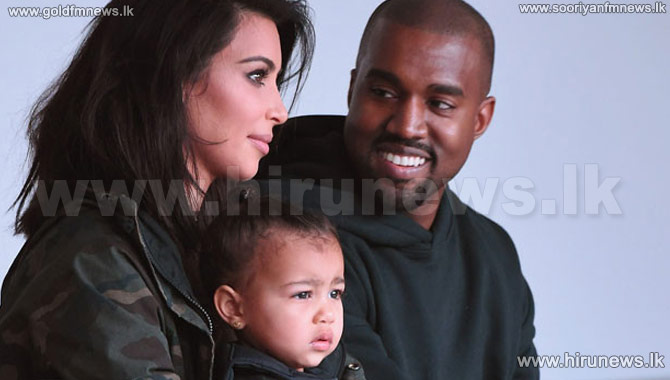 Sorry Kanye West but North West had one of the best New York Fashion Week accessories of the season.

While the famous rapper debuted his new Adidas collection on the runway, his 20-month-old daughter was making a fashion statement of her own.

As it turns out, baby Nori was wearing a bulletproof vest over her black shirt, pants and fashionable shoes.

"Look at my little cutie!!!" Kim captioned on Instagram with a shot of Nori rocking the gear. "DaddysMuse #BabyYeezyBulletProofVest"

And while the show occurred last Thursday, you can forgive yourself for not noticing the complete outfit until now. After all, many eyes were focused on Nori's tears alongsideBeyoncé and Anna Wintour's priceless reactions. Who's not impressed now?

Despite North's emotions before the show, both parents showed no hard feelings for their girlwho attended Alexander Wang's show two days later. After all, she had to support Kendall Jenner who was modeling items from the collection.

In a completely separate Instagram post Tuesday, Kim delivered a split shot of Kanye from his appearance on Saturday Night Live's 40th anniversary special with an image of North's fashion week appearance.

or those wondering if Nori had any alone time with her parents over the extended weekend, we have good news to share.

During Valentine's Day, the young fashionista was treated to a variety of fabulous gifts from her mom and dad. One of the cutest items was a pair of hot pink lace-up boots.

"She loves her Valentine's Day present!" Kim wrote when debuting the girly shoes. Where can we get a pair?!