Madonna Speaks About Her Brits Fall: "My Core Strength Saved Me" 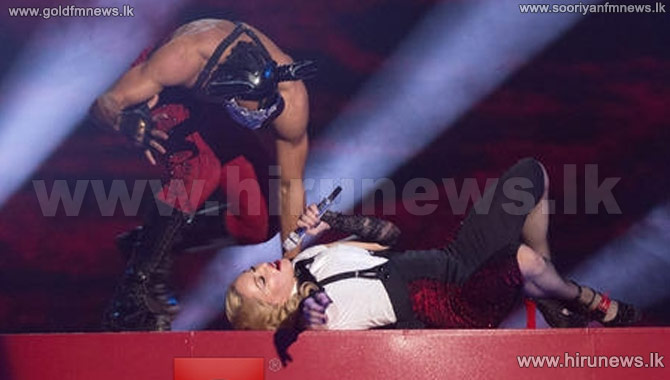 Madonna has spoken at length for the first time about that fall at last week’s Brit Awards, saying that she “wouldn’t have survived” if she hadn’t been in such good shape physically.

In an interview with New York Times, the singer credited her experience of how to fall properly as a result of training in how to ride horses in ensuring that she was relatively unhurt by the tumble.

In an incident that went viral almost instantly, the singer was pulled backwards off a podium and hit her head when a cape she was planning to discard with a flourish, failed to detach itself.