Stefano Gabbana hits back at 'fascist' and 'ignorant' Elton John 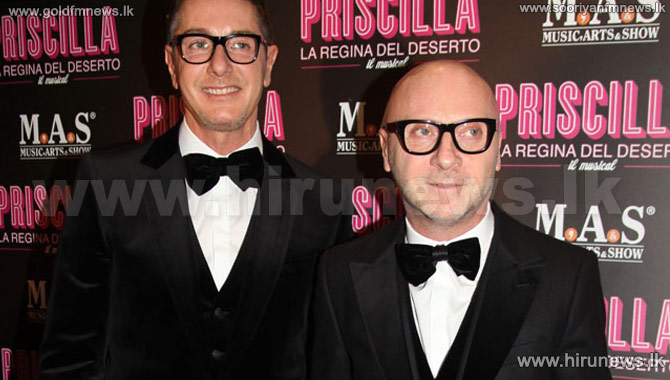 Stefano Gabbana has slammed Sir Elton John as a ''fascist'' and ''ignorant'' after the singer encouraged people to boycott (Dolche) Dolce and Gabbana, after the pair branded kids conceived through fertility treatment ''synthetic'' and admitted they ''opposed homosexual adoptions''

However, Stefano also hit out at Elton John, for ''attacking'' the pair, for having a ''different opinion'' to him.

Speaking to an Italian daily newspaper he said: He said I quote: ''I mean, you preach understanding, tolerance and then you attack others, only because someone has a different opinion?

Is this a democratic or enlightened way of thinking? This is ignorance, because he ignores the fact that others might have a different opinion and that theirs is as worthy of respect as his. Unquote.