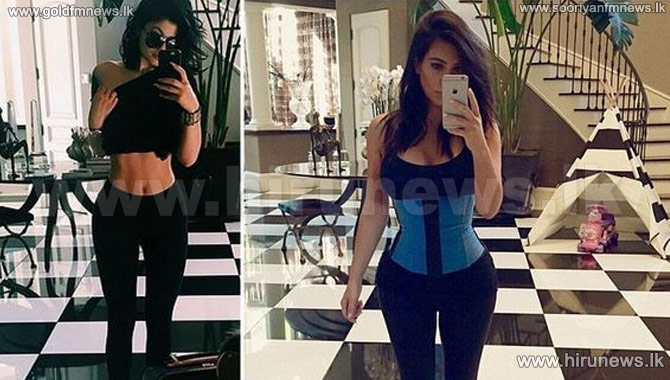 Kylie Jenner has named her sister Kim Kardashian as her style icon - and she's proving she means every word, after mimicking one of Kim's past mirror selfies almost exactly.

The 17-year-old posed for a seriously impressive selfie at home, showing off her washboard abs in tight black leggings and a crop top.

The star is hiding her face behind the camera, but it's almost an exact replica of Kim's from five months before.

Kylie keeps her hair loose and wavy for the snap, and it appears to have been taken in the same hallway with striking black and white tiles in the background.

It comes after the star named Kim as her inspiration when it comes to style.

She stated: "The people who really inspire my style-wise are obviously Kim and Kanye."

Despite gladly taking tips from her older sister, the 17-year-old television personality is less at ease with the idea she is someone else's style role model.

She added: "I am definitely conscious of it. It is a little intimidating to look good all the time, but I just try to make outfits and meet with my stylist.