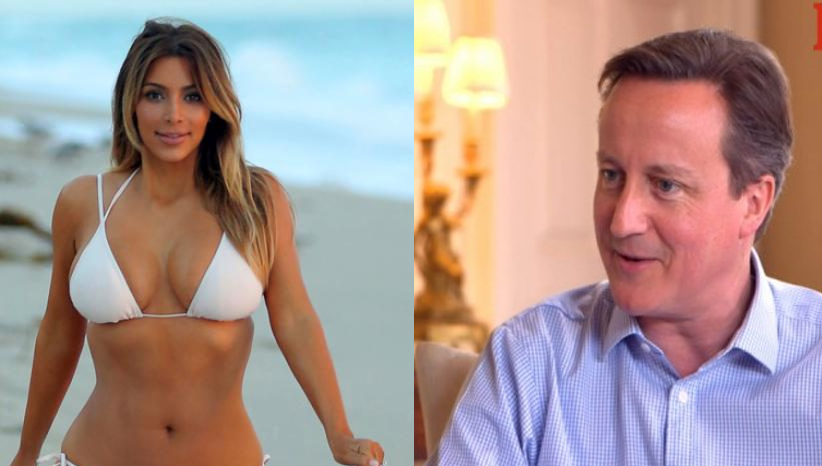 David Cameron is a Kardashian, sort of. The British Prime Minister revealed that he is Kim Kardashian’s cousin, and that’s not an April fool’s joke.

The UK Conservative Party leader made the stunning admission during an interview with Heat magazine. When asked if he watched the reality show “Keeping Up with the Kardashians,” he immediately answered no.

“But I’m related to them,” Mr Cameron revealed. “Yes, 13th cousins,” he added with conviction.

That fact wasn’t exactly a secret as it has been previously been claimed. However, it was the first time the Mr Cameron acknowledged his relation with Kanye West’s wife and her reality show-loving family.

It’s also not an April fool’s Day joke. Genealogy website Geni.com, as noted by the Sydney Morning Herald, claims the British politician and the U.S. reality star are related through a man called Sir William Spencer, who was born in 1555 and whose daughters Elizabeth Russell and Catherine Spencer are direct ancestors of Mr Cameron and the Kardashian sisters, Kim, Kourtney and Khloe.

As for now, Mr Cameron doesn’t have plans on having a family reunion with the Kardashians but said that would be “great.”

He also answered a variety questions, including from celebrities who asked what he would have done if he were invisible for a day (lurk inside another prime minister’s office to see what he/she does), what would he save from Number 10 if it’s on fire (the picture of Winston Churchill) and what did he want to be when he was growing up (“all sorts of things” from becoming a soldier, a lorry driver to a farmer).

Number 10 is the colloquial name of Number 10 Downing Street, the headquarters of the government’s executive arm. Mr Cameron, as the current PM, lives just next door at Number 11.

He recently visited Buckingham Palace to meet with Queen Elizabeth II to signal the start of the general election campaign. He is running for another term for prime minister, urging voters to keep him in the office. The UK general election will be on May 7.