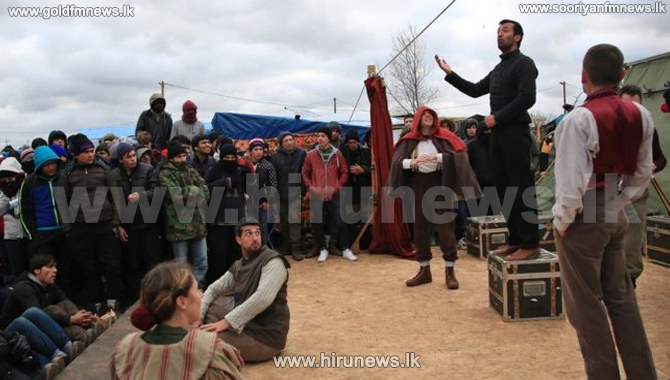 Shakespeare's Globe theatre has staged a one-off performance of Hamlet for migrants at the camp in Calais known as the "Jungle" on Wednesday.

The show was part of a world tour which aims to perform Hamlet to as many countries as possible by April.

A synopsis translated into languages including Arabic and Farsi was handed out, along with bags of popcorn.