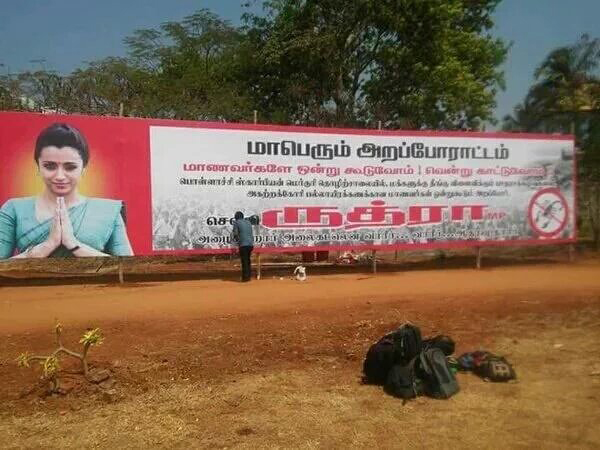 Trisha Krishnan is said to be playing a politician in her upcoming film Kodi. The character name of Trisha in the film is Rudhra, which will have shades of grey.

Directed by Durai Senthil Kumar of Ethir Neechal and Kaaki Sattai fame, Dhanush is playing a dual role in Kodi. Anupama Parameswaran, who grabbed everyone’s attention in Nivin Paul’s Premam will be seen as another heroine in the film.

Other than the above said actors, Vijay’s dad and veteran director SA Chandrasekar too will be seen playing a pivotal role in the film.

Produced by Dhanush’s Wunderbar Films, Santhosh Narayanan is the music composer of Kodi.