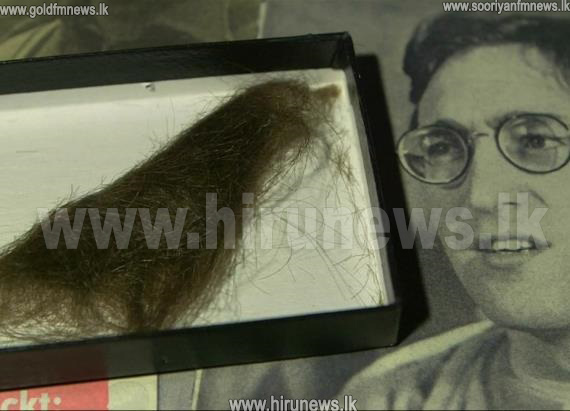 A lock of The Beatle star’s hair, approximately four inches, was sold for $35,000 in Dallas yesterday.

"This is the largest lock of John Lennon's hair ever offered at auction," said the music memorabilia director at the Heritage Auctions Garry Shrum, "and this world-record price is a lasting testament to the world's more than 50-year love affair and fascination with Lennon and the Beatles.

Lennon’s hair was cut off by a hairdresser when he played a role in ‘How I Won the War’ in 1966.