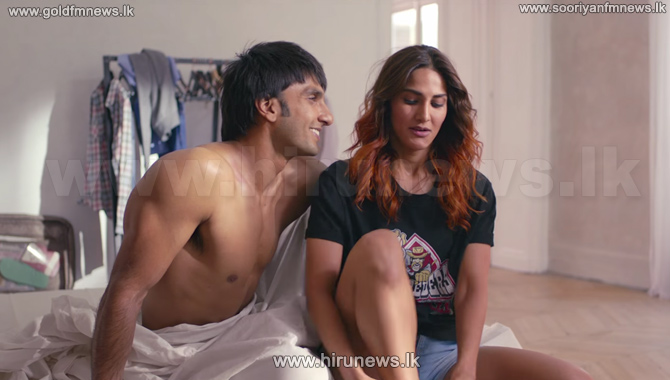 After teasing us for months with exotic pictures of Paris and two youngsters kissing, Yash Raj Films finally released the first trailer of Befikre on Monday night.

The trailer was showcased at a ceremony held near the Eiffel Tower in Paris in the presence of the city’s mayor, Anne Hidalgo along with the leads Ranveer and Vaani.

It starts with Ranveer Singh and Vaani Kapoor sitting on a cliff and sicussing their idea of love. This scene is reminiscent of director Richard Linklater’s Before Sunrise trilogy where the protaganists have a realistic take on love and life.

Ranveer plays Dharam, who meets Kapoor’s Syra in Paris. What ensues is a lot of kissing, dancing and a ‘no rules, no limits’ affair. Both the actors set the stage on fire with their sizzling chemistry.