Justin Timberlake's voting selfie may have broken the law 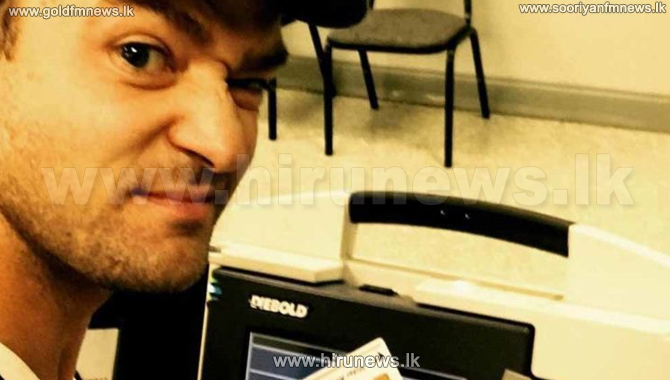 Kudos to Justin Timberlake for rocking the vote early.

While the pop star lives in California, he flew home to Tennessee to take advantage of early voting in his hometown of Memphis.
Timberlake, who also owns property in Nashville, wasn't wearing a "Suit & Tie," but he still looked pretty adorable in the selfie he posted on Instagram of him about to cast his ballot Monday.

"Hey! You! Yeah, YOU! I just flew from LA to Memphis to #rockthevote !!! No excuses, my good people!," the singer/actor wrote in his post. "There could be early voting in your town too. If not, November 8th! Choose to have a voice!"

Of course, fans freaked out a bit as it's not every day a superstar pops up at your local polling place.

Suzanne Jones is a candidate running for the Germantown school board, and she got a pic with Timberlake outside the polling station.

"As soon as he walked out, people started taking pictures and we could see that it was him," Jones said. "I said, 'I know you've done it a lot, but I'd appreciate a picture with you.' Someone was going to take it for me. But he said, 'No, I can take it. I do have gorilla arms, since I do this a lot.' "

Timberlake used those "gorilla arms" to snap his selfie inside, but that appears to have been a big no-no.