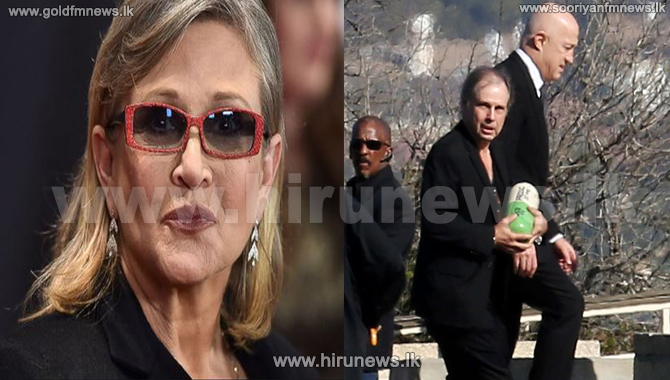 Carrie Fisher and her mother Debbie Reynolds were laid to rest last morning during at private ceremony at Forest Lawn Cemetery in Los Angeles.

Fisher had been cremated shortly after her death yesterday, and some of her ashes were buried with her mother in their family plot.

At the ceremony Fisher’s brother Todd was seen carrying an urn shaped like a giant prozac pill.

He explained that Carrie's favourite possession was a giant Prozac pill that she bought many years ago.