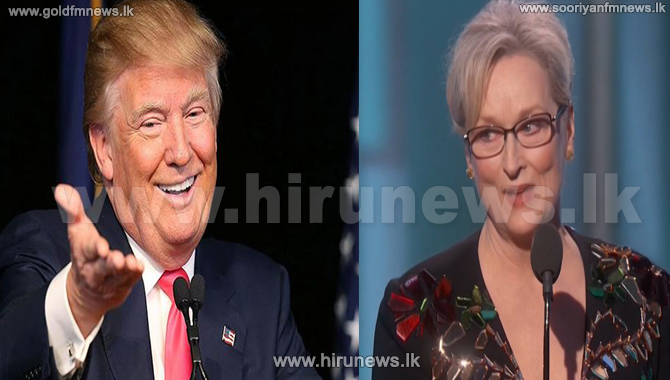 US President-elect Donald Trump has hit back at Meryl Streep's criticism of him as she received a lifetime achievement award at the Golden Globes.

He tweeted that Meryl Streep, is one of the most overrated actresses in Hollywood.

The hostility towards Trump from the world of showbiz contrasts with the feting of his defeated rival in November's presidential election, Hillary Clinton.

The defeated members of parliament