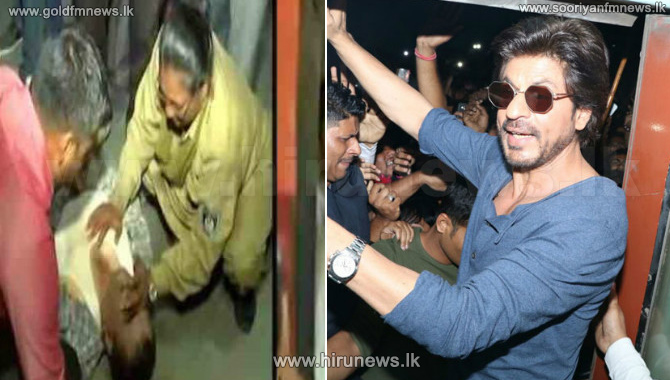 A fan has died when Bollywood star Shah Rukh Khan boarded a train to promote his upcoming movie Raees.

The star was at the Vadodra railway station in India to greet his fans who were on the August Kranti Express, Indian media states.

The fan who visited the scene with his wife and daughter has fallen unconscious after suffering a cardiac arrest. He has died shortly afterwards.

It is reported that two policemen who were also injured while attempting to control the crowd.