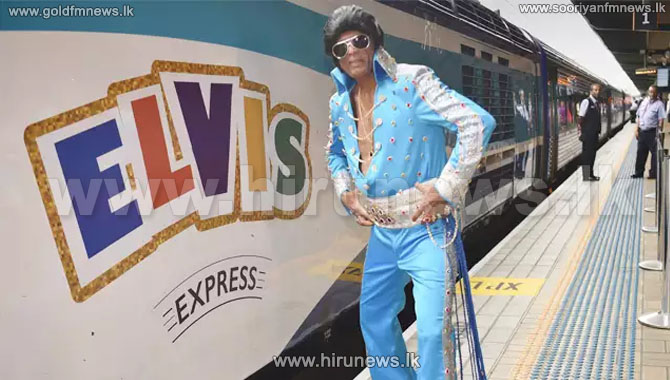 Elvis fans shook up Sydney's Central station today (Jan. 11) with hundreds rocking to his famous tunes ahead of a special train trip to outback Australia to celebrate the late entertainer's birthday.
Decked out in their glittering best, the fans were heading to Parkes - a small town some 300 kilometres west of Sydney - on the "Elvis Express" and "Blue Suede Express" trains to take part in a five-day festival.
"He's such an icon and he hasn't lost any of that magic that he used to have," avid Elvis Presley fan Julie Mellae - who wore an orange wig, tiara and fishnet stockings for the special occasion - told AFP.
"In fact, I think he's developed more, so this festival is like the biggest thing that happens in January. Everyone wants to be on the Elvis train and it's booked out years in advance."
The town transforms into a vibrant tribute to The King, who would have been 83 this year, with a street parade and non-stop entertainment to keep visitors jiving.