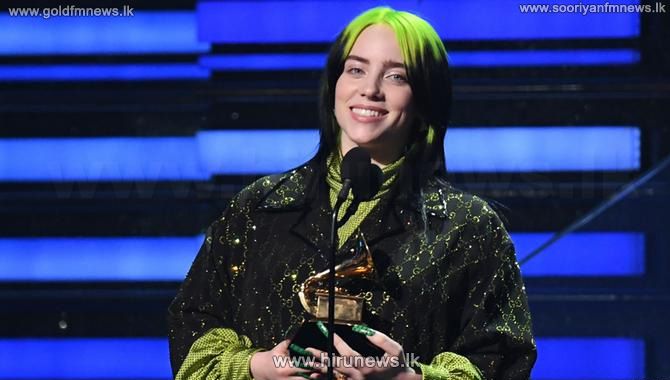 Billie Eilish burst into tears and admitted she has felt ''very hated recently'' as she won the International Female Solo Artist BRIT Award.

The 18-year-old pop superstar - who also gave the debut performance of her 'No Time To Die' Bond theme with Hans Zimmer, Johnny Marr and her brother Finneas O'Connell at the ceremony at The O2 last night was overcome with emotion when she accepted the statuette from Spice Girl Melanie C and addressed the nasty comments she has been receiving on social media, which she said have ''ruined'' her life.

The Grammy-winner had earlier vowed to stop reading comments made about her on Instagram.