BTS releases second album for the year, 'BE' 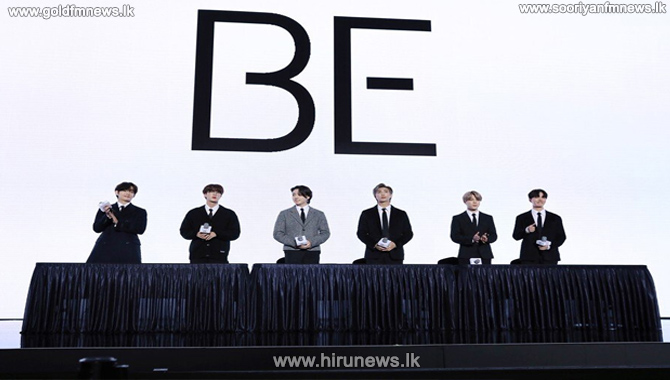 The second album for the year 2020 of global music phenomenon, BTS, ‘BE’ has been released today (20).

Following the success of the ‘Map of the Soul:7’ which celebrated the seven years the band has been active, ‘BE’ touched on the effect the coronavirus pandemic had on people's lives with BTS members taking an active role in developing the album.

Consisted of eight tracks, BigHit Entertainment, which manages the band, added that the “‘BE (Deluxe Edition)’ contains the most “BTS-esque” music yet.”

The title song, ‘Life Goes On’, accompanied by the music video directed by BTS member Jungkook, showcases how the world has come to a halt in midst of the global pandemic and the way the members find comfort in each other.

Other than the tracks, ‘Fly To My Room’, ‘Blue & Grey’, ‘Telepathy’, ‘Dis-ease’, and ‘Stay’, the album also include their summer hit, ‘Dynamite’ which debuted No. 1 on the Billboard Hot 100 giving the artists their first chart-topping track and making them the first Korean act to achieve the feat.

The track ‘Skit’, have the septet discuss their feelings and reacting to the news of the group’s record debuting on No. 1 on the Billboard Hot 100.

Ahead of the album release, the BTS members held a press conference that has been streamed globally as the members discussed their creative process as well as the album.

The BTS members also took time to share that Rapper-producer Suga underwent shoulder surgery and has been absent at the conference. They added that he has been recovering well and expressed hope that everyone continues to stay healthy.

Speaking regarding the title of the album, they stated, “‘be’ has an open meaning, so we thought it could be really good to contain our stories in the album”.