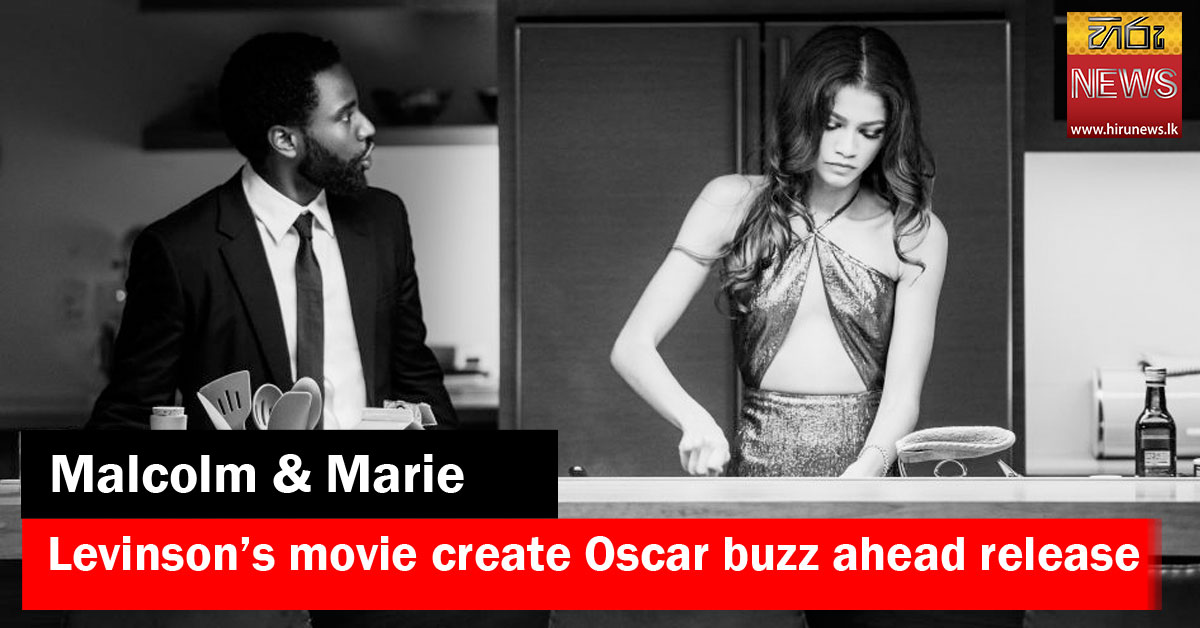 A movie cooked up and shot during COVID-19 could be a gamble in this climate — but introduce it with the invigorating talents of John David Washington and Zendaya, and you could have a winning recipe for success, maybe even at the Academy Awards. “Malcolm & Marie” is an actor’s showcase, utilizing the most exquisite instincts and sensibilities of its performers, both of which could find room to squeeze into the lead acting races.

Written and directed by Sam Levinson, the film tells the story of Malcolm, a director, and his girlfriend Marie, who, over the course of an evening following the premiere of his latest movie, examine the highs and lows of their relationship as they await critics’ responses.

Do you know what the Oscars love more than movies? Movies about “the movies.” Sprinkle in a struggling director fighting to express his art through cinema, and Academy voters, especially male ones, will be salivating at its premise and execution. Washington’s best work yet surpasses his work in Spike Lee’s “BlacKkKlansman,” which just missed the Oscar cut. Cementing his place as the Hollywood industry’s future, this could be his entry into the Academy’s graces.

Zendaya is one of the world’s biggest stars, slowly but assertively showcasing her acting range from blockbusters like “Spider-Man: Homecoming” up to HBO’s hit-series “Euphoria,” for which she became the second Black woman to win the best actress in a drama series in 2019. Can she overtake or break into this year’s best actress race that’s as dynamic and competitive as ever? It’s possible, and imagining a line-up that includes her alongside Viola Davis, the first Black woman to an Emmy in the best actress in a drama series, will be a baton-passing moment for the next wave of diverse performers.

Outside the acting categories, Levinson will be a favourite among a certain demographic of the director’s branch, who see the film as a living metaphor of their entire existence. There may be a more grounded, less impressed group of filmmakers, especially writers, who will struggle with the over-the-top dialogue. It reminded me of the story behind Darren Aronofsky’s “mother!” which covered the entire gamut of film criticism with its divisive reception. It was widely shared that Aronofsky wrote the film in a single weekend. Comparing it to Levinson, who wrote the screenplay in eight days, this inception and creation likely served as an echo chamber of personal feelings. The Academy-at-large may have trouble responding to it, but these types of predictions can be difficult to read early on.

Marcell Rév’s cinematography is lusciously crafted and could find love with that branch’s members.

There’s history to be made if enough voters go for it when it comes to the best picture category. Along with Levinson and his wife Ashley Levinson, both Washington and Zendaya serve as producers. If one of Netflix’s other features, “Ma Rainey’s Black Bottom,” gets nominated alongside “Malcolm & Marie,” Washington, along with his father, Denzel, would be the first father-son pairing to be nominated alongside each other in the category’s history.

If Zendaya is nominated for best picture, she checks off many record-breaking boxes. She would be the third Black woman to be nominated in the category following Oprah Winfrey for 2014’s “Selma” and Kimberly Steward for 2016’s Manchester by the Sea.” She’d also be the most nominated Black woman in a single year in history, tying Mary J. Blige.

Also, worth noting, if she’s nominated alongside any of either the Black actresses in Oscar contention, including Nicole Beharie (“Miss Juneteenth”), Viola Davis (“Ma Rainey’s Black Bottom”) and Andra Day (“The United States vs. Billie Holiday”), it would be the second time more than one Black woman would be nominated in the same year in the best actress. Ever.

Not to mention that Washington and Zendaya would be the first lead nominees to also be nominated for a picture, if it were to happen.

When it comes to winning, which is too close to call this expansive actress field, if she beats the odds, she joins only Halle Berry as a Black woman to win the category in 93 years. She could also be the first actress Helen Mirren to win an Emmy and an Oscar in the same year. Lastly, she would be the fifth-youngest winner of all-time, surpassing Audrey Hepburn in 1953’s “Roman Holiday,” days behind Joan Fontaine in 1941’s “Suspicion.”

Quite a feat and definitely an uphill battle. It could all break her way.

“Malcolm & Marie” will be released on Netflix on 05 February.