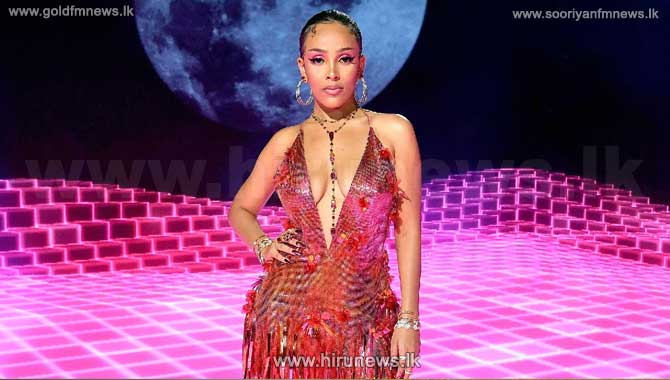 Doja Cat released a futuristic teaser for her upcoming single, "Need to Know" on Tuesday (June 8), providing the latest sneak peek at the singer-rapper's upcoming album, Planet Her. The faint melody of the song, due out on Friday (June 11), is briefly heard in the short clip.

The brief visual features the title in metallic font flying over a gleaming city of tomorrow, before zooming in for a glimpse into a room with a silver statue of a female torso and a shot of a woman with long red nails playing video games while wearing a shirt with the singer's name on it in a NASA-like font.

Doja didn't cough up any additional information about the song in her post, which came two weeks after she performed her collaboration with SZA, "Kiss Me More," at the 2021 Billboard Music Awards. Back in April, Doja appeared in the latest episode of Billboard's "Growing Up" series, in which she explained the origins of her colorful fashion sense and previewed her next album.

"For the next project, it will be similar to [2019 sophomore album] Hot Pink, in the sense that each of the songs are very different from each other," she said of her follow-up, adding that it will be more "consistent" than her breakthrough collection. "Unbelievable," is the only word she had for it. In the meantime, she popped up in the trailer for season two of Lil Dicky's FXX comedy series Dave alongside Kendall Jenner, Hailey Bieber and Rae Sremmurd.

Check out the "Need to Know" preview below.