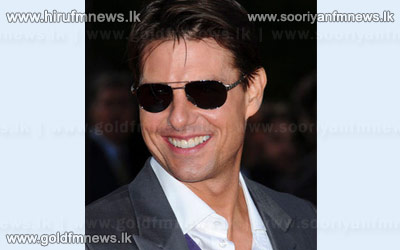 Tom Cruise has been named the highest paid actor in Hollywood, according to Forbes magazine.

DiCaprio tied with comic Adam Sandler in second place. They were followed by former wrestler, Dwayne 'The Rock' Johnson, who came in fourth with 36million dollars and Ben Stiller with 33million dollars.