Oscars show to include 007 tribute 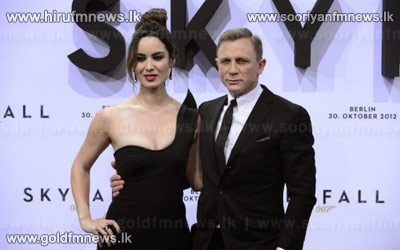 The 2013 Oscars show will include a tribute to the James Bond movie franchise, celebrating its 50th anniversary with the record-breaking blockbuster "Skyfall.

Over the decades a number of 007 films have been nominated for the coveted golden statuettes -- albeit generally in technical or minor categories -- and there has been talk that "Skyfall" could draw another nod or two.

But in any case Britain's most famous spy is guaranteed a turn in the Oscars spotlight at the 85th Academy Awards show on February 24th.