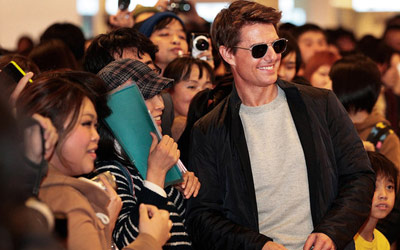 Tom Cruise is set to become an honorary citizen of Busan, South Korea at a ceremony that will be held today at the Busan Cinema Center.

Cruise is visiting Busan this week to promote Jack Reacher.

The Jack Reacher premiere will be the first red carpet premiere for a foreign movie held in Busan outside of the festival period.

The city is the home of Korea's, as well as, Asia's largest annual film festival, the Busan Film Festival, and is gaining popularity as a production site for domestic and international films.