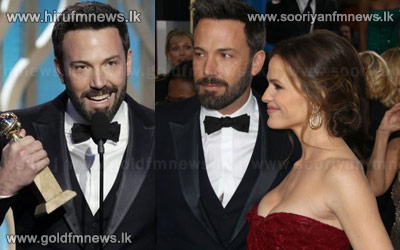 Ben Affleck has won best director for his film Argo at the Golden Globe awards.

Best actor in a drama went to Daniel Day-Lewis for his role in the biopic Lincoln, while Jessica Chastain won best actress in a drama for Zero Dark Thirty.

The Golden Globes gives a separate accolade for best film musical or comedy, which was won by Tom Hooper's film of stage hit Les Miserables - the only British film to win an award.