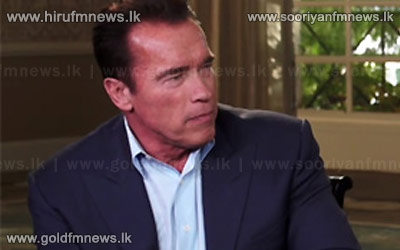 The 65-year-old former governor of California returns to the big screen today as the sheriff of an Arizona border town tasked with stopping a Mexican cartel boss from returning to Mexico.

It marks his first leading role since serving as The Governator for six years.

Schwarzenegger noted it's important not to stigmatize mental illnesses.

He also cited parenting, education, security and gun laws as contributing factors to the issue of gun violence.