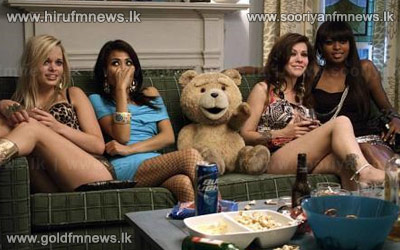 "Ted", the foul-mouthed teddy bear who was a blockbuster hit last year, is to appear at the Oscars next month.

Comedian Seth MacFarlane, who is hosting the February 24th Academy Awards, has secured the invitation for his comic creation and Mark Walhberg to appear on stage at Hollywood's biggest awards show.

"Family Guy" creator MacFarlane is expected to be joined by a string of A-listers to hand out the golden statuettes at the Oscars, the climax of Hollywood's awards season, although no major names have yet been disclosed.