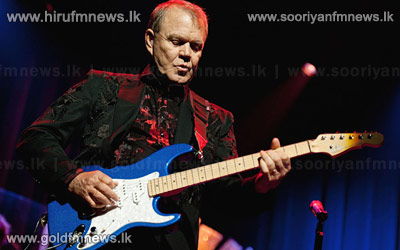 The 76-year-old country music star, who was diagnosed with Alzheimer's disease last year, has been touring the country in support of his final album, Ghost on the Canvas.

He played more than 120 shows in 2012, but cancelled a tour with Kenny Rogers through Australian and New Zealand over the summer for health reasons.