Original Batmobile sold for $4.2m at US auction 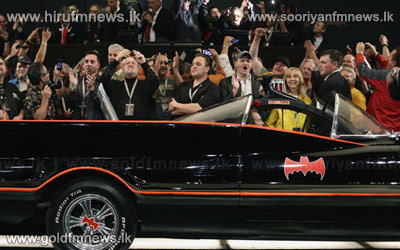 The Batmobile used by actor Adam West in the original TV series of Batman has sold for 4.2 million dollars at a US auction.

The car was bought by Rick Champagne, a logistics company owner from Phoenix, Arizona.

The Batmobile design was based on a 1955 Lincoln Futura, a concept car built in Italy by the Ford Motor Company.