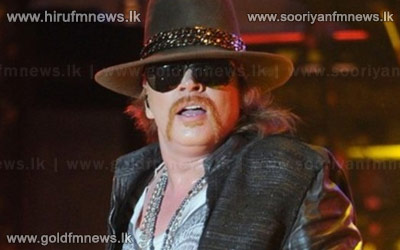 Guns N' Roses have followed U2, Katy Perry and Metallica by announcing a 3D concert film of a show from their 12-night residency in Las Vegas last year.

A release has been promised in theatres, on TV and DVD later this year, via an official Facebook page.

Appetite for Democracy is being captured by 3D company Rock Fuel Media.

In 2008, U2 3D charted the Vertigo Tour of 2006 and rock band Metallica have announced the release of Through the Never on 9th August this year.