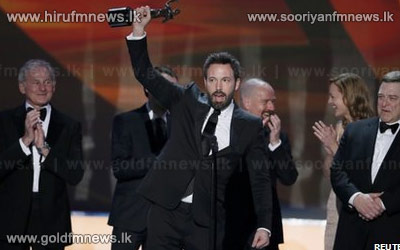 Jennifer Lawrence took the best actress award for her role in Silver Linings Playbook, while Daniel Day-Lewis was named best actor for Lincoln.