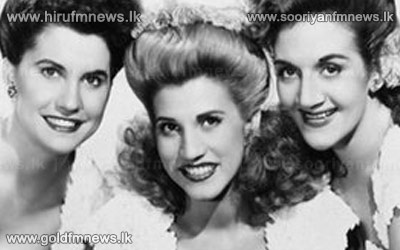 The last surviving member of The Andrews Sisters - the popular singing trio of the 1940s and 1950s - has died in California at the age of 94.

Patty was the youngest of the sisters whose hits included Boogie Woogie Bugle Boy of Company B.