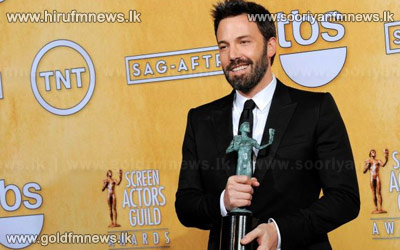 Ben Affleck has won the top film honor from the Directors Guild of America for his CIA thriller "Argo," further sealing its status as best-picture front-runner at the Academy Awards.

The prize also normally would make Affleck a near shoo-in to win best-director at the February 24th Oscars, since the Directors Guild recipient nearly always goes on to claim the same prize at Hollywood's biggest night.

But Affleck surprisingly missed out on an Oscar directing nomination, along with several other key favorites, including fellow Directors Guild contenders Kathryn Bigelow for "Zero Dark Thirty" and Tom Hooper for "Les Miserables."