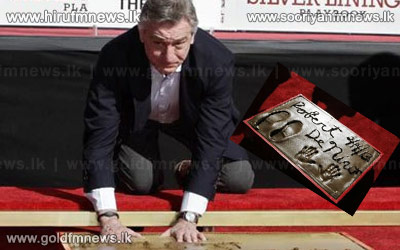 Robert De Niro is the latest star to have his hand and footprints set in cement outside the famous Chinese Theatre in Hollywood.

The 69-year-old joins the likes of Brad Pitt and Jonny Depp with the honour.

De Niro is Oscar nominated for his role in Silver Linings Playbook.

Silver Linings Playbook director David O Russell was also present at the ceremony, where he praised De Niro's sensitivity in taking on the role of the father of a bipolar son in his film.