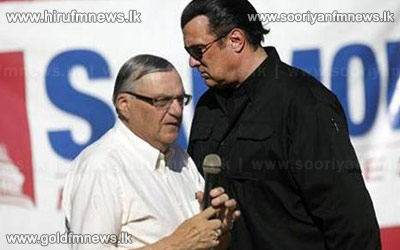 Controversial Arizona lawman Joe Arpaio, who styles himself as "America's Toughest Sheriff," has enlisted action film star Steven Seagal to lead a training exercise for members of his armed volunteer posse on how to respond to a school shooting.

The training event will involve six instructors leading 40 armed volunteers through a simulated shooting on Saturday, with teenagers acting as students.

It will not be Seagal's first foray into law enforcement.

In 2011, he was sworn in as a sheriff's deputy in Texas' Hudspeth County, after expressing an interest in patrolling the border.