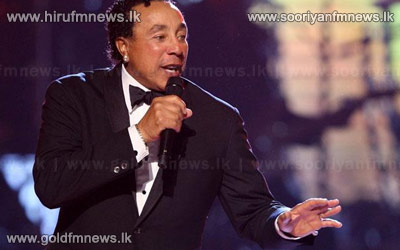 Smokey Robinson started his music career with a song called "Got a Job," and rest assured the Motown legend even at 72, is working as hard as many of his younger protégés.

Robinson said that he has two albums in the works -- a Christmas collection and a set of songs he plans to record in Spanish.

He'll also be inducting his group, the Miracles, into the Rock and Roll Hall of Fame on April 12th in Cleveland, and he's thumping the drum for Human Nature, the Australian vocal quartet that performs a show of Motown songs in Las Vegas and has just released "The Motown Record" as well as a PBS special and DVD.