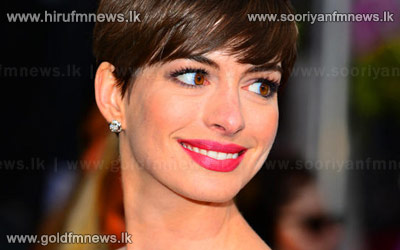 Anne Hathaway says she'd like to do more musicals after the Oscar-nominated "Les Miserables" — but don't expect her to launch into a singing career.

Director Tom Hooper on Saturday presented his movie, an adaptation of a Broadway musical based on Victor Hugo's novel, at the Berlin film festival.

Hathaway's role as an outcast mother reduced to prostitution has won her an Oscar nomination for best supporting actress.