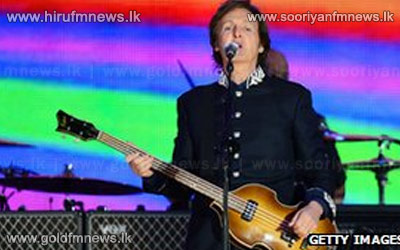 Sir Paul McCartney said he was "surprised" to win his 17th Grammy Award for his album Kisses on the Bottom, which was released last year.

The best traditional pop vocal album Grammy was his first for a record of new material since his Beatles days.

He might have lost count of how many Grammys he has on the mantle-piece, but Sir Paul said receiving praise from the American awards is always flattering.