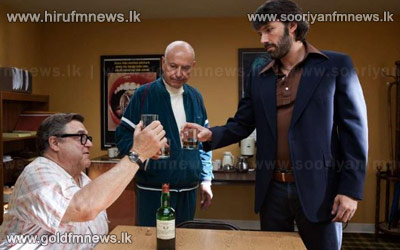 Steven Spielberg goes into next weekend's Oscars with the most nominations for his presidential "Lincoln" but the momentum is all with Ben Affleck's thriller "Argo" in the Academy Awards home straight.

And while the Hollywood veteran and the young pretender vie for the Oscars best picture crown, several other frontrunners remain hard on their heels, in one of the least predictable Oscar races in recent memory.

Taiwan-born Lee Ang's 3D spectacular "Life of Pi," Osama bin Laden manhunt movie "Zero Dark Thirty" and romcom "Silver Linings Playbook" could all be in with a chance at the Oscars, the climax of Tinseltown's annual awards season.