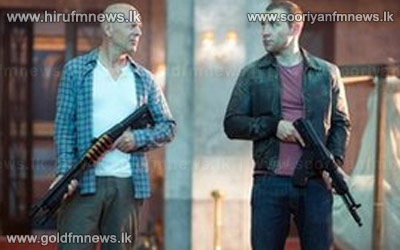 But the fifth entry in the Die Hard series needed takings from Valentine's Day previews to knock Disney animation Wreck-It Ralph off the top spot.

Critics poured scorn on A Good Day to Die Hard last week, with one reviewer dismissing it as "a limp parody".