Argo" tipped as Hollywood counts down to Oscars 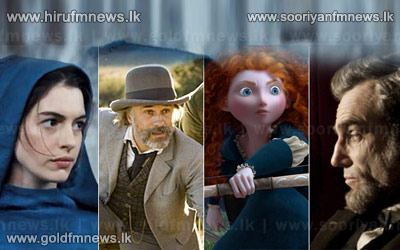 The stage is set for the 85th Academy Awards on Sunday, with Ben Affleck's Iran hostage drama "Argo" bidding to edge out Steven Spielberg's "Lincoln" at the climax of Hollywood's awards season.

The red carpet is rolled out and ready for Tinseltown's finest to strut and preen before the Oscars show, widely seen as one of the least predictable in recent memory following a bumper movie year.

Affleck won a last-minute diplomatic boost  when new US Secretary of State John Kerry tweeted his best wishes for the film.

British songstress Adele shone at rehearsals on the eve of the heavily musical night, when she will sing 007 theme "Skyfall" and legendary diva Barbra Streisand will give her first Oscars performance for 36 years.