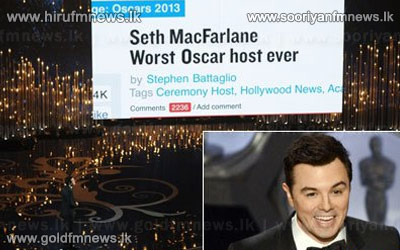 This year's Oscars attracted a US TV audience of 40.3 million, a million more than tuned in to 2012's broadcast.

Argo won best picture at this year's event, while Daniel Day-Lewis was named best actor for a record third time.