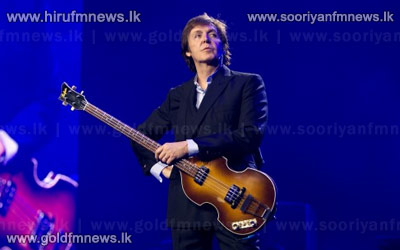 Paul McCartney will take center stage at this year's Bonnaroo festival, which will invade Manchester, Tennessee from June 13th to 16th.

The annual four-day music festival will be home to a rare U.S. festival appearance for McCartney, who headlined Coachella in 2009.

Last year, the 70-year-old released a collection of standards, and performed with the remaining members of Nirvana at 12-12-12: The Concert For Sandy Relief as well as on "Saturday Night Live."