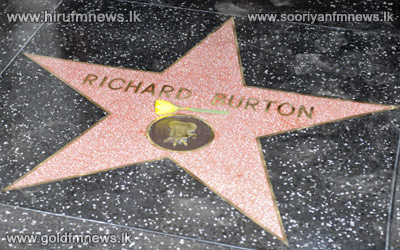 Richard Burton's star will be unveiled later on St David's Day on the Hollywood Walk of Fame next to that of his former wife Elizabeth Taylor.

Members of his family and fellow Welsh actor Michael Sheen will attend the ceremony on Hollywood Boulevard on Wales' national day.

It coincides with the 50th anniversary of the Burton-Taylor film Cleopatra.

The Royal Welsh College of Music and Drama is attending the event following a campaign to honour Burton in the US.