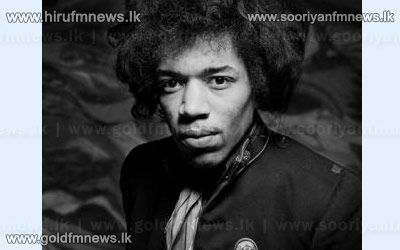 More than 42 years after his death, Jimi Hendrix is making a comeback with a new album that brings together a dozen innovative studio recordings from 1968 and 1969.

Co-producing the project are the musician's sister Janie Hendrix and Eddie Kramer, who served as Hendrix's recording engineer throughout his career, which ended when he died in September 1970 at the age of 27.

Hendrix recorded three albums in his lifetime, two of which reached the Top 10 in the United States as the Experience became rock music's largest grossing concert act of its time.