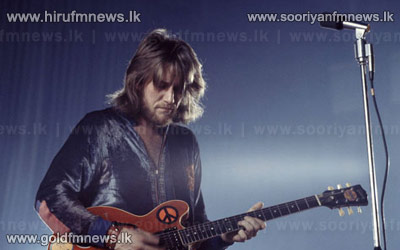 British guitarist Alvin Lee, best known for his performance with the band Ten Years After at the famous Woodstock festival had died aged 68.

A statement on Lee's official website explained that the Nottingham-born rocker died after suffering complications during routine surgery.

Lee worked with The Beatles' George Harrison, and The Rolling Stones' Ronnie Wood during a 50-year career, which hit its peak at the 1969 era-defining festival.