Paul McCartney to star in a comic book 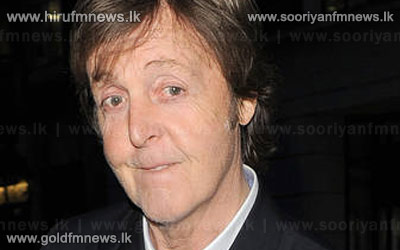 Singer Paul McCartney's decision to leave the Beatles and embark on a solo career is the subject of a new comic book that aims to give fans a new perspective on the breakup of the Fab Four.

The 24-page "Paul McCartney: Carry that Weight" is the third comic book by U.S. publisher Blue-water Productions about the iconic British band, which split up in 1970.

The new comic book cantered on Paul McCartney's life that tells the story of McCartney leaving the Beatles, is meant to be fun but educational, as well.