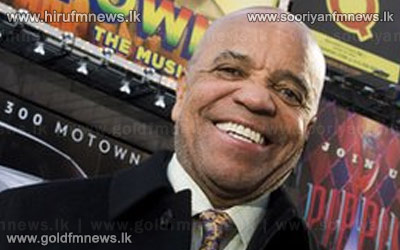 The producer signed the likes of Marvin Gaye, The Supremes, Stevie Wonder and The Jackson Five to his Detroit label.

Hall of Fame chairman Jimmy Webb said The award, established in 2012, honours those who have had a "major influence on generations of songwriters.

Gordy, will be the first living person to receive the accolade, which was posthumously awarded to folk singer Woody Guthrie last year.