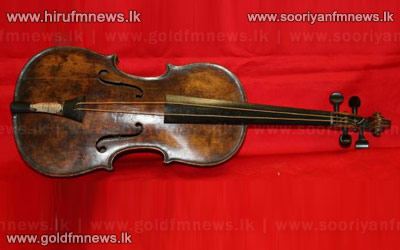 A British auction house said the violin played by the bandmaster of the Titanic as the oceanliner sank has been unearthed.

Survivors of the Titanic have said they remember the band, led by Wallace Hartley, playing on deck even as passengers boarded lifeboats after the ship hit an iceberg.

Hartley's violin was believed lost in the 1912 disaster, but auctioneers Henry Aldridge & Son say an instrument unearthed in 2006 and has undergone rigorous testing and proven to be Hartley's.