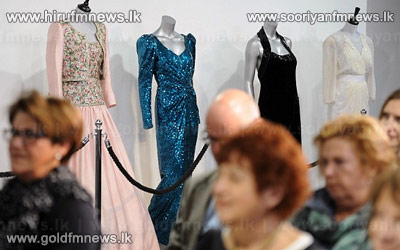 A dress which Princess Diana wore when she famously danced with actor John Travolta has sold at auction for 240,000 pounds to a British buyer.

Diana wore the deep navy velvet gown to a gala dinner hosted by President Ronald Reagan in 1985, where she was photographed dancing with Travolta.

During the auction itself, the dress did not attract extra bids and auctioneer Kerry Taylor struck her hammer at 200,000 pounds- although the auction house said the dress eventually sold for 240,000 pounds.

It said that the buyer was British, and that he had bought the dress as a surprise gift for his wife.